A gazebo should be a relaxing haven in your home. Most especially if you’re going for your home spa. Such sanctuaries are becoming more and more popular nowadays, more so because the times are quite stressful. Having your own little space where you can drown out all of the world’s troubles is a luxury that many people should have in their lives. But just how relaxing it is will depend on how you design it. In this regard, it might do you some good to take some inspiration from the East. That part of the world has a lot of beautiful styles that also promote relaxation. 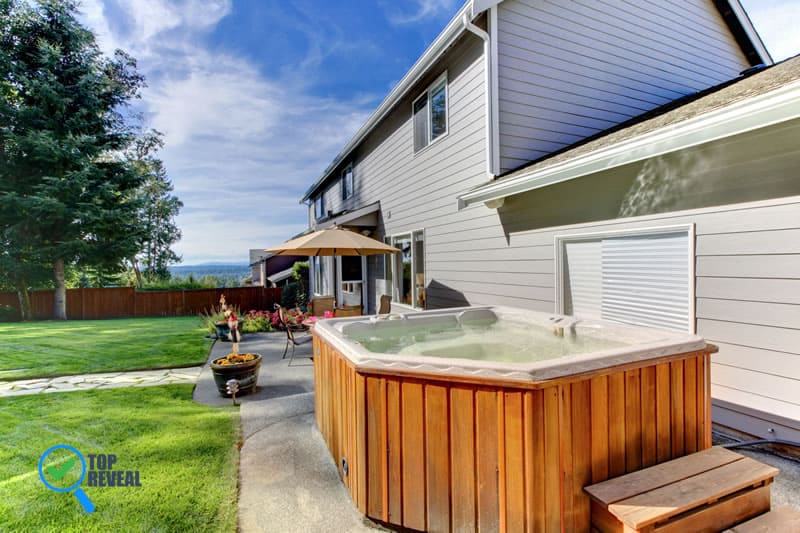 Make no mistake. However, you don’t have to travel to Asia to understand their interior design properties. That’s what the internet is for. Furthermore, you don’t necessarily have to go all authentic and buy all sorts of knick-knacks from that region to evoke the same soothing feel. All you have to do is follow these tips.

Fill It with Wood

In terms of your gazebo itself, go for wood. Whether your home spa will have a mini a sauna, become a massage room, or turn into a hot tub gazebo, wood is the best material. And Eastern interior design mostly goes for wood as well.

There’s just something relaxing yet rustic about it. But also, the furniture and features inside the spa gazebo should be wooden. Wooden chairs, tables, desks, etc. For that real Eastern feel, wood is the way to go!

As for the door, make it slid. Sliding doors are some of the most popular in Eastern-style interior and architectural design. Go to any temple in Asia, and more often than not, it will feature sliding doors. And what will make it work in your home gazebo, whether it’s a mini sauna or a hot tub gazebo, the easier to navigate, the more relaxing it will be. You can slide the door open, and you’ll instantly be inside or outside.

When designing for your home spa gazebo, why not have a little fun? Do some origami to make your backyard structure look livelier and lovelier. Paper is an essential part of many Eastern cultures. Not only for its practical use but also for its fashionable touch. There’s just something so delicate, intricate, and beautiful with how Eastern cultures make use of papers when it comes to their interior design. In your home spa, a great example will be a paper-filled divider to make the space more intimate at times.

One of the more unique parts of many Eastern cultures is their devotion to traditions. And this includes upholding antiques that might even be centuries old. Now, this is one tip where traveling to an Asian country will do some good. But if that is really out of the question, the antique store in town will do. It won’t be that difficult finding authentic and beautiful Eastern antiques in many antique stores around the world.

If there’s one color that Eastern countries love, it will be red. Loads of cultures from that region make use of this passionate hue so much, even most of their flags proudly showcase it. And red, as lively as the color is, can also go well with any home spa gazebo idea. For a massage room, for instance, your small pillows can be colored red. For a hot tub gazebo, a red-colored jacuzzi might inspire a more intimate relaxation time.

Aromatherapy is another Eastern influence that benefitted probably the entire world. The Asian region has embraced scented candles and made use of them for practically decades now. They’re probably deep in their ancient traditions as well. And for your home spa gazebo, aromatherapy is almost a must. It’s not enough that your hot tub gazebo has the warmest jacuzzi or that your sauna had enough hot rocks. Filling it with relaxing scents will really make it a great sanctuary for you.

Similarly to candles, water has also served as a huge element in Eastern cultures for centuries now. It’s no surprise as many countries in that region are islands surrounded by water or are filled with beautiful natural water-filled wonders. If your home spa is a hottub gazebo with its jacuzzi, this might already be the water feature you need. But if it’s not, buy a mini waterfall and place it somewhere, you can look it and just feel pleased about it.

Bonsai trees from Japan, floating water lilies from China; small plants have long been beautiful mainstays in Eastern cultures. Similarly, with water, beautiful flora dominate these countries, which is part of the reasons why a lot of people like going there. It’s also why people from those countries have incorporated nature into their own interior design. In your home spa, your best bets are the plants already mentioned. But you can never go wrong with hanging plans either!

For that really in-your-face eastern touch, rug up your home spa. Yes, even if it’s a hot tub gazebo. You can maybe just go for a carpet that might also absorb water. But in all seriousness, intricately-design and beautifully woven rugs, carpets, and tapestries are signatures of Eastern cultures. They beautify any intimate or grand space instantly and gives a regal feel to it all. Although this might also mean spending a hefty amount, whether it’s to travel to Asia or to buy it in your local antique store.

Finally, for that final touch to evoke your Eastern inspiration, sneak in a little silk. Not a lot, but a small yet substantial amount will definitely do. Instead of chiffon or cotton, for instance, go for silk curtains for that exotic yet still elegant look. You want your home gazebo to feel more intimate? Silk beddings are the way to go. not only are they comfortable, but they also display a subtle shine that whispers luxury.

Get inspired by the beauties of the East when designing your home spa gazebo. You’ll find that not only will your space look beautiful, but it will also amp up the relaxation factor in your backyard space. And at the end of the day, that’s what really matters!

Call a Top-Rated Restoration Company to Save the Day

What Fuel To Store For The Long Run

How to Clean & Maintain Your Gutters All Year Long