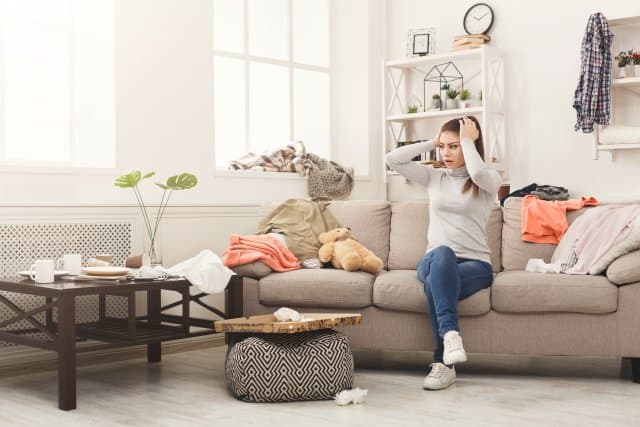 Most people, including me, have been victims of sabotaging our house cleaning efforts, unknowingly. Just like me, sometimes you felt too tired and postponed tasks. Other times you wanted to save a coin and mix products to come up with cheap cleaning detergents. In other cases, you were ignorant enough to know the damage you were to cause by using the wrong products.

Eventually, you end up using more money to restore the face of your home. You need to avoid this. How? Avoid the following 6 ways of unknowingly sabotaging your housecleaning efforts.

It is a must-read.

Neglecting the slightest plumbing problems can really mess your house. Why? If water starts dripping and no one solves the issues, mold will begin to grow. Also, insects such as cockroaches will also find their way there. Before you know it, your home will be the home of insects. With mold growth, cleaning your home may require more time, and may cost you a lot, too. So, check this Philadelphia apartment cleaning website before making the cleaning things worst.

So, if you are ignoring that small plumbing issue, you are sabotaging your house cleaning efforts and it will cost you dearly. Avoid it.

Brian Sansoni of the American Cleaning Institute (ACI) says, “A lot of problems simply happen by using the wrong product for the surface you want to clean.” I have been there. I used an air freshener to clean my stand-alone mirror. Wait, you don’t want to know what happened next.

It‘s pure ignorance. Therefore, read the label on the products you are buying to be sure it is the right choice for the intended job.

Especially when dealing with things such as wooden furniture, the wrong choice of product could shorten their life span.

Another one! I didn’t want to do any cleaning. My kitchen was sticking terribly. The quickest fix? I put all the dirty utensils in a bucket full to clean water, and tightly covered the bucket. Grabbed the air freshener and sprayed the house. Whoa! Fresh air, again!

Don’t condemn me. I’m not alone. Scott Browder of Charlotte, N.C. has seen it, too. He says that one of those vast mistakes he has seen most people do is covering up odors instead of dealing with their source. Further, he says, “Walking into a house that smells like Febreze, and has candles burning in every room, and still has an odd smell, is a direct sign to me that the person is trying to cover up an odor of some sort.”

Stop it; you are sabotaging your housecleaning efforts.

Allowing Ivy to Over Grow

Ivy makes a home glow but not for long if care is neglected. Why? Ivy grows fast and spreads widely. If your home has cracks, Ivy will find its way there. Consequently, the cracks enlarge and building weakens. Still, pests or even worst, snakes can make Ivy a dwelling place. Who wants that?

By the end of it all, you might have to shift from that home or call experts to help you clean it as you eliminate the plant. Definitely, it will cost you.

People have always loved shortcuts and cheap products. Hence, they will buy chemicals to mix at home so as to get cleaning detergents. I have seen it. The internet has made it even much more possible.

Unfortunately, most people do not know the harm these chemicals can cause if not mixed accordingly.

Brian explains that most people believe that by making their own products at home, they will be saving money or time. Further, he says that people, in most cases, are mixing chemicals that should never be mixed. He gives an example of ammonia and bleach. Therefore, Brian reminds people to prioritize safety.

Sometimes it feels okay if you postpone one task. After all, you are not a slave, right? However, doing this is the start of sabotaging your housecleaning efforts. In the long lasts, you will have postponed so many tasks as one postponed task affects the next day’s to-do list.

Modernize Your Home with these Top Tips

How To Stay On Top Of Health & Safety: Protect Your Customers

Home DIY Projects Without Tools: Use Glue not a Screw