A washing machine that knows the exact temperature you want your clothes washed at?

A mask that can stop your spouse’s snoring? 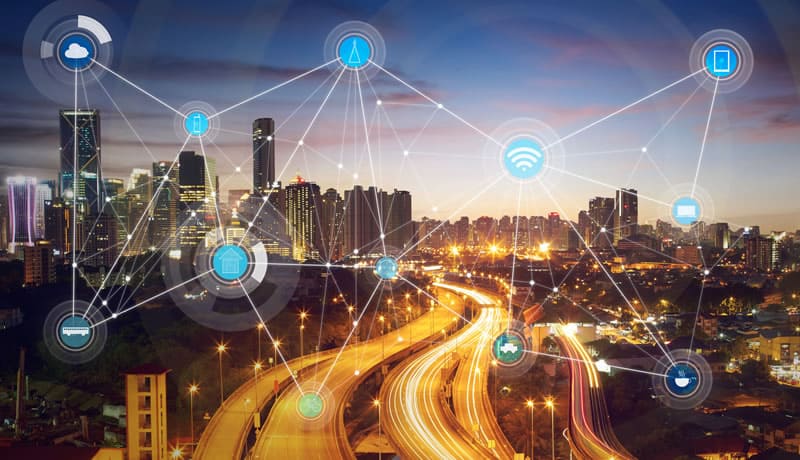 Sounds far-fetched but don’t tell that to the folks at everyone’s favorite tech-fest, the Consumer Electronics Show (CES) which returns to Las Vegas this week, bringing gadgets that can do all that and more for everyone to see. The show, which will feature over 4,000 companies, is known for unveiling cutting-edge technology and it’s ability to get exposure for smaller companies with innovative ideas.

And while that holds true for this year as well, the explosion of smart devices in virtually every home will shift the focus to AI (artificial intelligence), further blending the lines of fantasy and reality in our society and upping the wow factor.

Amazon vs Google: The Battle Continues

As of now, this is really no contest as Alexa is a household name, but Google is hoping to change that at this year’s show, splurging on a booth to show off what its assistant can do and where you can find it. They may want to start by giving it’s assistant an actual name… just an idea.

But even with a name, it’s going to be hard for Google to do serious damage to Amazon, which was huge at CES 2017;  companies from every category (autos, watches, home goods and others) practically fell over themselves to ensure their products would be Alexa compatible. And that trend should continue this year, especially since she now has a host of new cooking controls added to her skills. Expect to see lots of kitchen gadgets, like microwaves and blenders, with Alexa built-in.

But all is not lost; as dominant as Alexa is, Google is still fighting and may have gained a bit of ground with LG announcing the Google assistant will be integrated into it’s newest TV’s and smart speaker. Word is several companies, including GE who is unveiling a new ceiling light and HTC, will support both platforms, which will give users the chance to choose and even out the playing field. At least in theory.

Smart Homes Continue to Get Smarter

Smart devices for your home, featuring Google, Alexa, and Siri from Apple will, as I said, be a big part of CES. Among the top trends are:

Samsung vs LG: The World of Television Gets a Bit Brighter

LG’s already released 8K TV is impressive, but since many are unable to deliver content for this format as of yet, 4K and HDR (high dynamic range) images will continue to be the main story. HDR is brighter, bolder and gives depth to what you see on screen. Many manufacturers are expected to have support for Samsung’s HDR10+ standard this year, but many wonder if they will reveal a micro-LED TV to take on LG.

With micro-LED back-lighting is omitted and tiny lights that emit their own individual light are used instead, producing deep blacks that can currently only be found on LG’s OLED screens. This technology, if unveiled, would be brighter and clearer than the OLED and the better choice for HDR; we have our fingers crossed.

Health + Wearables= A New You

Health and fitness gadgets, ones that can really improve your quality of life, are going to be front and center at the convention. And we’re not talking about fitness trackers with heart rate monitoring, although they will be there too. No, we’re talking about serious medical devices meant to change how we live.

For instance, lots of stand-alone sleep tracking devices, in particular Snore Circle, a vibrating eye mask which gently buzzes to prod sleepers into a different position when they snore. If it works like it says this could save marriages everywhere.

Then there’s keen, a smart bracelet that is said to detect when someone does unhealthy behaviors, like pinching their skin or pulling their hair, and buzzes to deter them.

Oh, and for new parents, especially  moms there are some cool new gadgets like a smart stethescope from Tuoxiao that can analyze heart and lung readings via the cloud to detect pneumonia.

With Apple expected to be a no-show this year, Samsung has the chance to make a big splash and steal the smartphone spotlight. In reality, there is not much left to see in this market, but a slimmer, faster, more affordable phone that dazzles and can derail iMania would be more than welcome.

This could be the year the often-rumored but never seen Galaxy X finally shows it’s face, but more likely we will be bombarded with images of the Galaxy A8, Samsung’s more budget-friendly model.

Well, there you have it, our breakdown of what to expect at CES 2018. As you can see, the world around us is getting “smarter;” hopefully, these companies will be smart enough to do it in a way that ensures our privacy and freedoms, giving us the best of both worlds. Check back with us as we will be updating as new announcements are made and covering all the action from CES this week.

Google Home Mini Vs. Echo Dot: Which One is Better?

Benefits and Uses Of Smart Garden

Study Finds Google's Assistant is Smarter, but Alexa is Still Better if You Ask Me