Looking to get into scrolling? Outstanding! Some of the most beautiful works of woodworking art can only be made with a speed scroll. Your choice to join this ancient craft gets us excited and we’re happy to help you with one of the first steps to getting yourself on your way to your scrolling goals. Our comparison of the DeWalt DW788 vs the Delta 40-694 speed scroll options should get your ball rolling on what you are looking for most out of your speed scroll. And, best of all, it is our hope that we are leading you right to your next power tool – and possibly your new favorite. 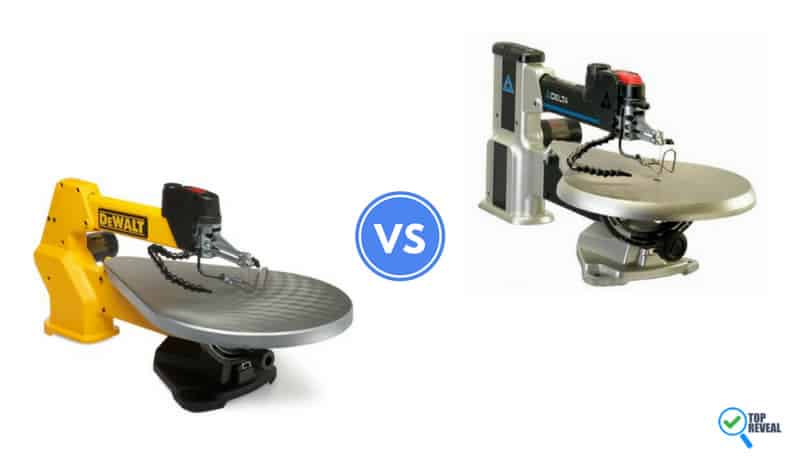 And the Winner Is…

Just in case you don’t want to have to wade through all of our reasons why we are choosing one speed scroll over another, we’re going to tell you right at the top who our favorite is. Now, it is true that we liked both of these saws. They are both great for getting you to your speed scrolling goals and are awesome tools in their own rights. But we had to choose one, right? So, spoiler alert!

By our estimations, the DeWalt DW788 is the clear victor here. Above all else, we trust what other customers have to say about products and, according to reviews left by those very customers, the DeWalt product is far superior. Not only does the DeWalt possess an Amazon star rating far higher than the Delta scroll saw but the reviews for the DeWalt are also far more positive. Many reviews of the Delta saw show that the product is very often defective on delivery or very shortly thereafter. With power tools, this is something that we don’t tolerate well (just as you shouldn’t) so we have got to go with the DeWalt DW788 here.

DeWalt is a well trusted brand name in the power tools space – and for good reason. They have been making high quality products for years and the DW788 is no exception to that rule. While there may be other scroll saws on the market, trusting your next scrolling option in the hands of DeWalt would not leave room for any mistakes. It has plenty of outstanding characteristics packed into it that will surely satisfy your needs like: 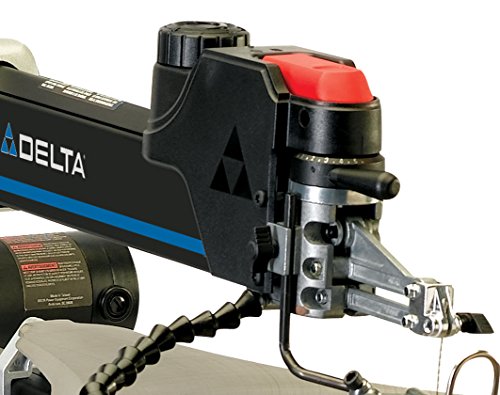 Taking a look at the Delta 40-694, it looks like there are so many great characteristics to this power tool that we can see so much potential for you and your projects. Just imagine the feeling you would have inspecting your newly finished scrolling project and knowing that your Delta was the tool that got it done. You’re sure to love this great addition to your workshop because of its features like:

How are they the same?

So what similarities do we see in the matchup of the DeWalt DW788 vs the Delta 40-694 speed scroll? Well, there seem to be quite a few, actually. Both are variable speeds so you can use them for a wide range of projects. Both are engineered for precision due to their designs that reduce noise and vibration.

Both have moveable upper arms that make it so you can feed the saw through your materials for inside cuts. And, to round things, out both seem to provide plenty of precision and reliability for scrolling projects. Not too bad considering that you will be getting one of these saws. Good thing they are both great!

How are they different?

What makes this comparison important, though, is noticing what is different about these two saws. If they were exactly the same, then who would care to compare them?! But no, there are some details between these two machines that make them quite different products. To speak for the most important specifics about these two options, we’ve got them listed right here:

Clearly, there are a lot of things that make these two products very different when it comes to their speed scrolling capabilities. While both are great products, we are going to have to choose one to satisfy your scrolling needs.

While it is somewhat clear that the Delta scroll saw does take the lead over the DeWalt in three easily verifiable and clear ways, it looks a lot to us like the customers who use these tools tell two very different stories. This is something that we take largely into account when we recommend products and truly believe will lead you to the right scroll saw for you.

When we look at these two scroll saws side by side, we feel the DeWalt DW788 has an edge over its competitor. Although it may not have a bit of extra storage or a tilting table, what matters the most is that the saw itself actually works. According to the reviews of these two products, it looks like the DeWalt DW788 has to win in this regard. The cutting ability and the reliability are the most important parts of a saw and DeWalt wins in both of these categories. So, in the battle of the DeWalt DW788 vs the Delta 40-694 speed scroll, it looks like DeWalt is our choice.

Hand And Power Tool Maintenance Tips: How to Make Them Last Longer

Every DIY Hobbyist Should Have These 7 Essential Power Tools