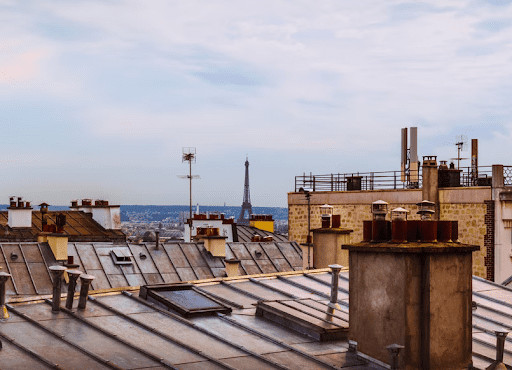 Commercial buildings are subjected to more sizable pressures when it comes to the roof. It is the part of the building that gets the most exposure and also has to be maintained regularly. The most common types of roofs in commercial buildings include flat roofs, low-slope roofs or low-pitch roofs, skillion roofs, domed roofs, mansard/hip roofs, and gable roofs. In this article, we will take a look at every single one of them so you can choose which type will work best for your company’s commercial roofing needs.

Domes are hemispherical structures created using curvilinear surfaces or other curved elements which form part of a sphere or cylinder. There are usually no elements that could cause inclement weather conditions to accumulate on the roof, thus making domed roofs extremely durable even in places like Texas where heavy rainfall is common. However, they are not always easy to construct and usually require extensive groundwork before the structure can be built. That’s why you will need to hire some of the best commercial roofing services in TX to ensure the proper construction. It is also common for domed roofs to have a light well, an open area that allows natural sunlight to filter through the interior of a building, making it aesthetically pleasing too.

These are by far the simplest form of rooftops with only one plane surface – which is completely horizontal – without any slope or angle whatsoever. While this offers ease of designing and construction, it makes the roof more susceptible to water damage. They are typically constructed from a sheet of waterproof roofing material such as rubber, plastic, or tar that is laid over a waterproof membrane made from bitumen or polythene which prevents moisture from coming in contact with the substrate of the roof. While this protects the building from damage due to weather conditions such as rain and high winds, flat roofs can become extremely hot during summers and thus need some form of ventilation to keep the temperature down while also ensuring proper drainage at all times.

These are roofs with low angles, typically around two to three degrees. This type of roof provides an accessible surface for workers to easily walk atop without any trepidation or fear. However, this means that roofs with low slopes can be more susceptible to damage from weather conditions such as rain and snowfall. Also, because of the gentle angle, water might not flow off fast enough during a heavy downpour and thus might cause a leak in the roofing membrane which could ultimately lead to damage within the structure beneath it. To protect against this, drainage systems should always be included in the design of buildings with low-pitch rooftops.

Sometimes referred to as a lean-to roof, skillion roofs are typically constructed with an inclined plane that is angled at 90 degrees from the rest of the building. They offer a sturdy and durable barrier against inclement weather conditions such as rain and snowfall. However, due to their design which does not allow a lot of space for the accumulation of water, they can easily be damaged by heavy downpours or extreme weather conditions. Thus, proper care should be taken to ensure that adequate drainage systems are included in the design of buildings with skillion roofs. These roofs might not be the best idea when it comes to aesthetics. Therefore, their construction should only be an afterthought once you figure out all other aspects including budgeting, utility needs, and so on.

These types of roofs have sloped sides that form four distinct surfaces which create a hip shape when viewed from above. They are typically constructed using either concrete or metal which makes them durable against environmental damage while also visually appealing due to their interesting shape. Their hip-like design allows for the easy accumulation of water and thus should always be accompanied by a drainage system. One problem with this type of roof is that it can become extremely hot during summer, so proper ventilation structures must also be included in the design to ensure adequate airflow throughout the building.

Description: These are roofs with two sloping planes on opposite sides of the building which meet at a ridge or peak which extends perpendicularly up from the rest of the structure. They are typically divided into two types, one with two different planes while another has only one plane on each side of the structure along with an additional gable located at its end. The latter is usually considered more aesthetically appealing because it allows you to use materials effectively since each “side” of the roof can be made using different materials and thus, a different color. They are the most commonly used type of roof in residential buildings because they offer easy water drainage and can fit into almost any kind of structure. 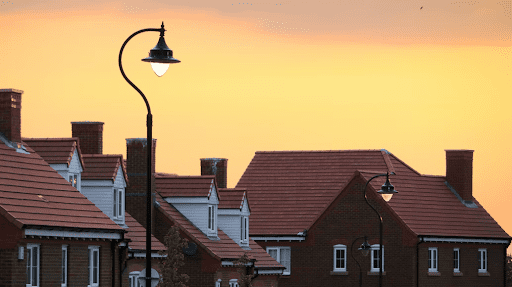 As you can see, there are a lot of options to choose from when it comes to commercial building roofs. However, there is one that stands out among the rest. Which one you should go for, depends entirely on your preferences and the overall design of your building. By having all these facts in mind and hiring a good roofing service, you can make sure your commercial building has a roof that is both functional and aesthetically appealing to the eye.

The Most Popular Cities in California to Settle Down In

The Different Ways To Ship Packages And How To Choose

What Are Some Office Chores That Can Be Easily Automated

How the Right Software Can Grow Your Solar Business