For most people, snakes are just scary reptiles that are potentially hazardous to be around. However, if you take a deeper look at the creatures, you will find several interesting facts that will make you question this fascinating creation of nature. Other than being venomous and dangerous (not necessarily), there is so much about snakes that we don’t know (or haven’t taken enough effort to know). While some are terrified of snakes, others adore their distinct characteristics and bring them home as pets. Here are 6 interesting facts about snakes that will blow your mind. 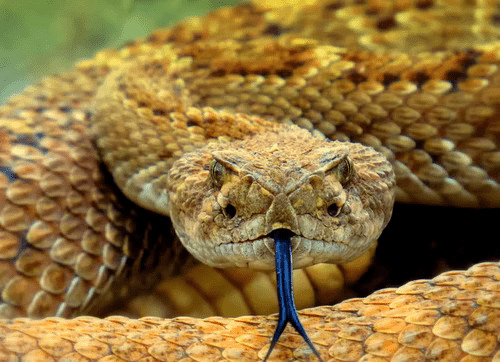 1. Snakes Smell Through Their Tongues

Despite having poor eyesight, snakes can easily catch prey by smelling their surroundings and picking up scents through their tongues. They do it by flicking their fork-shaped tongues and gliding in the direction of their prey. Typically, every snake’s nostrils are unable to pick up the minuscule moisture particles in the air, which is compensated by flicking their tongues. The vomeronasal organ (better known as the Jacobson’s organ) is located inside every snake’s mouth roof, which takes in the edges of the forked tongue and collects the moisture particles to be sent to the brain. The sensory information is then interpreted to understand and reach the snake’s prey.

2. Some Snakes Still Have Back Legs Traces

The evolution of these gliding reptiles is an interesting theory. It is believed that snakes evolved from legged reptiles but lost their limbs as they slowly adapted to newer surroundings. All known species of snakes slither after millions of years of evolution. However, some types of snakes like boa snakes and big pythons still have back leg traces. With proper genetic mutation, several snake types can still grow legs due to the presence of ​​the “Sonic hedgehog” gene. Until the “molecular machinery” is switched on, snakes will slither and glide due to the absence of limbs. However, it is not entirely impossible for them to grow their limbs back after millions of years.

3. Snakes Mate According to Season and Geography

Every snake species possesses distinct mating habits, with geography being one of the most prominent triggers. The mating pattern also depends on the snake’s species and their natural habitat. The question, when is mating season for snakes, often makes people curious as snakes are more intense and aggressive during that period. Most species pick warmer temperature periods to mate, which is typically summer or the end of the spring season. If your area has a lot of snakes, be careful when stepping out in the wild, especially during summer or hot days. As mentioned, the species of the snake in your region also matters, so do some research before stepping out into the wild.

You may have often heard the news about some snakes swallowing up big rodents and alligators. This is because they have a flexible jaw structure that opens wide along with special tendons that allow large prey to be ingested and swallowed whole. They have strong muscles that help push the prey inside their stomach. This allows them to swallow large animals like deers and pigs without tearing them apart. Snakes get additional assistance from their hook-shaped fangs and teeth to push the food inside and digest it. The digestion process and speed depend on their body temperature and the prey’s size. Naturally, large-sized prey takes longer to digest (sometimes up to weeks). For faster digestion, they need to keep their bodies warm.

5. They Have Internal Ears

You may not notice any external ears on snakes, but that does not mean that they are completely deaf. They have internal ears attached to their lower jaws, which are connected through a middle ear bone. This helps snakes pick up sounds through vibrations. In fact, their sense of smell and hearing is how they primarily catch their prey. However, since vibrations are transmitted and felt through surfaces, they may not be necessarily caught by snakes in the air. They can instantly sense predators and prey on the ground. However, if they are in the air, snakes may have some trouble recognizing them. This is also why they cannot efficiently pick up high frequencies.

When a snake opens its mouth, you may only see two pointed fangs in the front. However, they have a lot more teeth concealed into their gums. Depending on the species of the snake, they can have up to 200 (or even 300 in some) teeth arranged in varying numbers of rows. Every set of teeth serves different purposes in a snake’s mouth. Some are used to catch prey, whereas others are used to push the food inside. Most teeth are solid and fangs are hollow from inside with a deep hole that acts as a passage for the venom. 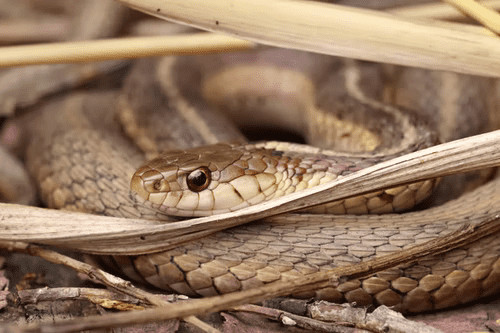 These facts prove that snakes are one of the most interesting creatures of all. They are quick, intelligent, and appealing. Whether you are looking to own a snake as a pet or are simply looking for interesting facts, snakes will definitely fascinate you.

All about Grumpy Cat: Learn The Facts Behind Everyone Favorite Cat

9 Reasons Why Cats are Much Better than Men: The Real Truth!